We actually tried to cancel our trip to Easter Island. It’s not like we didn’t want to go. It has long been a “bucket list” trip for us, but we were starting to experience some major stress regarding the shipment of El Cóndor. We thought we’d be better off hanging out in Valparaíso during that week and grinding through the customs and import red tape instead of galavanting around a remote pacific island. Not to mention the cost. Rapa Nui is an expensive little side trip! We would have to allocate 10% of our total trip budget to this 1% slice of the trip duration.

Obviously, we know you can’t put a price on this kind of an experience; and obviously, we ended up going. Two things made that happen. First, we found a wicked family business in Valparaíso (Villa Kunderbundt) who we hired to be our customs and import brokers for the import of El Condór. They eliminated the stress of dealing with the Spanish paperwork. Second, the airline wouldn’t allow us to cancel the tickets.

Regardless, we had an amazing and unforgettable experience on Rapa Nui. It’s one of those places that you literally have to experience for yourself. We do not possess the literary ability to relate the sense of wonderment that this island exudes. The only places that we’ve experienced that compare are perhaps Angkor Wat or Machu Pichu. 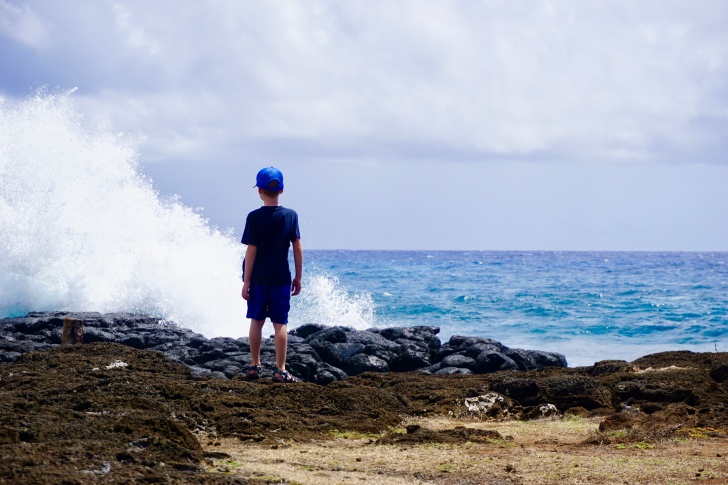 Even though we were arriving in the middle of the week in shoulder season, flights were surprisingly hard to come by. We ended up with late night flights to and from Santiago. We were worried about how the kids would handle it but they weren’t so bad. Our AirBnB host picked us up at the airport (greeting us with real flower leis!) and drove us to our little three room cabin. He also rented us his brothers Suzuki SUV (travel tip: don’t try to negotiate prices with a Chilean. The price will actually go UP!).

We only had two and a half days to explore the island and we were worried that it would not be enough. Especially when towing around the little pink anchors (kids). However, it turned out to be sufficient. We even had time for one full morning of school work and another half morning spent changing a flat tire on the Suzuki. 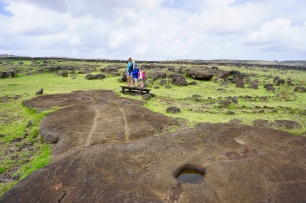 Realistically, the island is just not that big. You can drive around the whole thing in an hour or two if you tried. So we just grabbed the tourist map and started ticking off the sights. Some of the sites would have probably been more impressive if we had a guide or brochure on what that particular pile of ancient rocks was all about. Other sites needed no explanation what so ever.

The most unique site was Orongo at the rim of the impressive Rano Kau volcano crater. This site contained a museum and several (restored) stone houses which were used once a year by the local chiefs and priests of a “bird-man” cult for elaborate ceremonies and competitions of stamina and fitness. 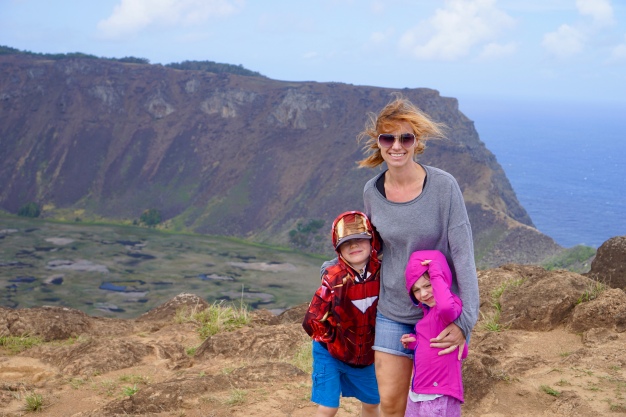 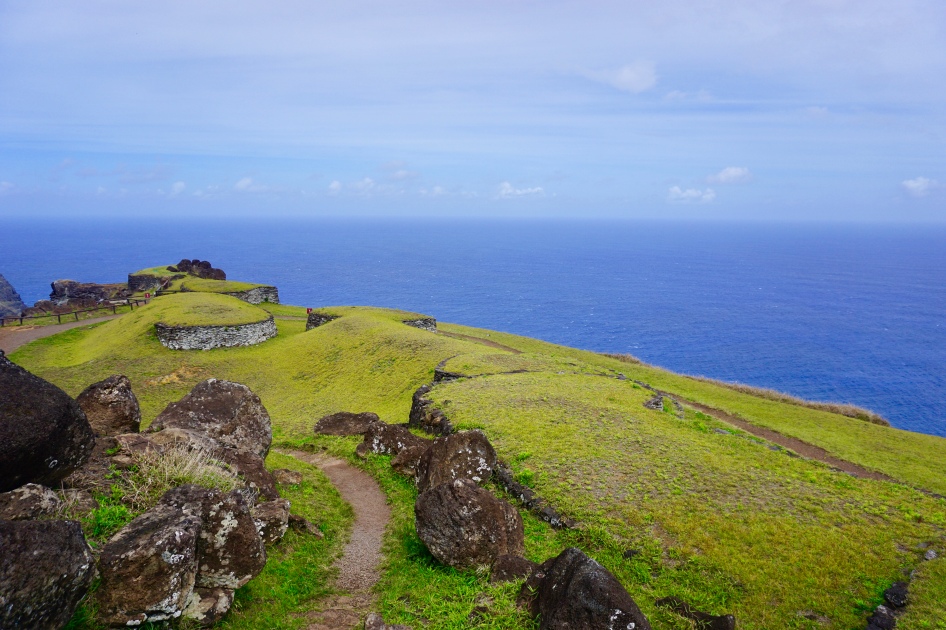 The site that fascinated us the most was probably Rano Raraku. This ancient volcano was the quarry from which the Moai were carved before they were transported to their specific locations all over the island. There are still dozens of Moai left half-buried all over the mountain side. But even more intriguingly, there are still several Moai left in a semi-carved state, half exposed from the volcanic rock. As though the crew working on them simply vanished. This includes the biggest Moai of all, which would have stood at over 20 meters tall! Twice the height of the tallest one to ever be successfully erected. 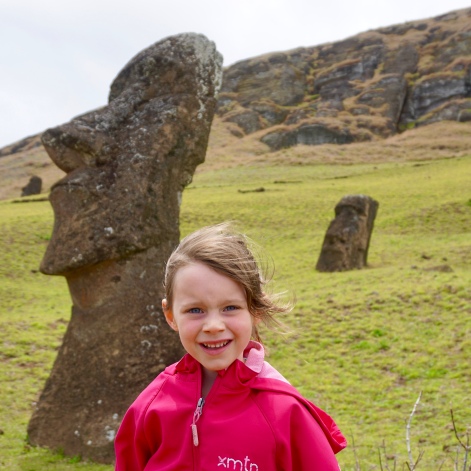 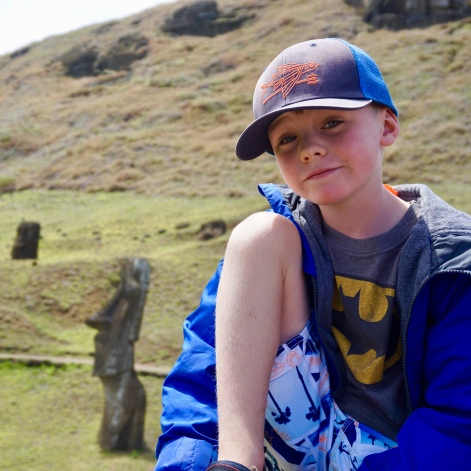 We even stayed up late to take in a Polonesian dance show. We were worried it was not going to be good value for our tourist dollar, but it turned out to be very entertaining, educational and the kids especially loved it.

Before we knew it, we were back on a flight to Santiago. It was a whirlwind little side-trip, yet very fulfilling. Hopefully our photo journal is able to relate a little of the of intrigue that we felt being there in person.

Check out more about our travel on Rapa Nui at the links below.