After nearly 24hrs of travel we arrived in Santiago weary and apprehensive. The kids managed to sleep (on our laps) during the flight but neither of us got any useful rest. Thankfully, we quickly experienced our first instance of Chilean hospitality when we were ushered around the massive immigration line. Gracias! A $50 taxi ride later and we collapsed into our (first ever) Airbnb in the heart of Santiago! It was a modern and cozy, if slightly under maintained, little apartment with a picturesque 21st floor view over Cerro Santa Lucia. After a cat nap we were ready to venture out into South America!

The kids were very cautious at first but within minutes both were chasing palomas (pigeons) around palm trees and scrambling up the steep stairs to the summit look out. Slurpees, empanadas, gelato, South America is not so bad! 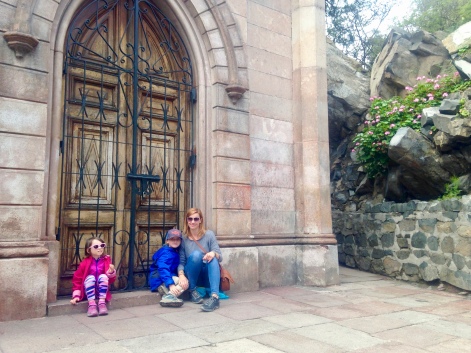 We had 3 full days on our hands to explore Santiago and it was certainly just enough to scratch the surface. A typical day would involving sleeping until our walking alarm clock (Liam) would rouse us. Dad would venture out for cafes con leche while the kids munched on Latin choco-puffs and squinted at Spanish cartoons. Mom would herd the kids through some school lessons until we decided what the daily “field trip” would be. We’d usually get home in the late afternoon for some down-time and a home-cooked meal and then (if behaviours permitted) we would sneak out again for some gelato or chilenos in the nearby hipster-hood of Barrio Lastarria. After the kids were in bed, dad would read and send emails involving the importation of El Condor while mom would research the next day’s itinerary.

The obvious choice for our first outing was a walk through the picturesque boho neighbourhood of Barrio Ballavista to the foot of Cerro San Critóbal. This massive forested hill juts up through the centre of Santiago providing panoramic views from the snow topped Andes to the smog shrouded suburbs. A turn-of-the-century funicular provided the entertaining ride to the top and back. We stopped on the main strip for a authentic Chilean lunch of beef and green bean sandwiches with beer. The $50 tab for this quick lunch reminded us to keep an eye on the cost of meals when traveling through tourist traps. 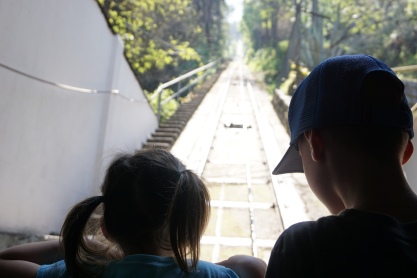 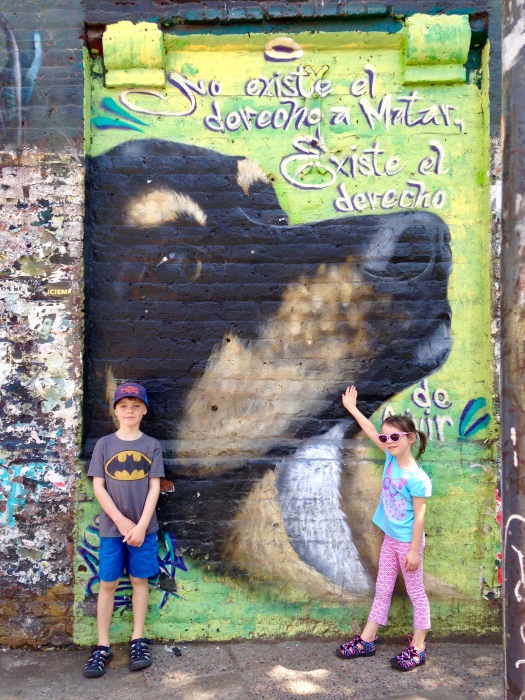 Day 2 involved using the metro to traverse the city in search of the Museo Interactivo (MIM). The metro was a simple ride but the 1.5 km walk from the blabla station to the MIM felt a little sketchy at points. Thankfully another Brazilian family braved the suburban streets with us. The centre itself was amazing. Although there were no English descriptions for the exhibits it was easy to understand the intended lessons and it provided a very interactive and entertaining science lab for the kids. There was more than enough exhibits to fill our half day time limit.

Day 3 started at the Plaza de Armas for some people watching and then a harrowing trip through the Mercado Central. The market was definitely a more authentic cultural experience and pulled us a little further out of our gringo comfort zone. We felt very conspicuous brushing past the scruffy crowds in our fancy American clothing and little blond children in tow. We ended the walk with a visit to the contemporary art museum. We thought this would be more of a visit for the adults but the kids actually enjoyed viewing the sculptures and Liam especially enjoyed a video exhibit about the industrial invasion the Ecuadorian rainforest. Another impromptu science lesson! On our final trip to the playground in Parque Forestal with some gourmet hotdogs, Averie attempted to practice her Spanish on a little girl and was delighted to find out she was from England. She had been DYING for someone to talk too! They were immediate BFFs. 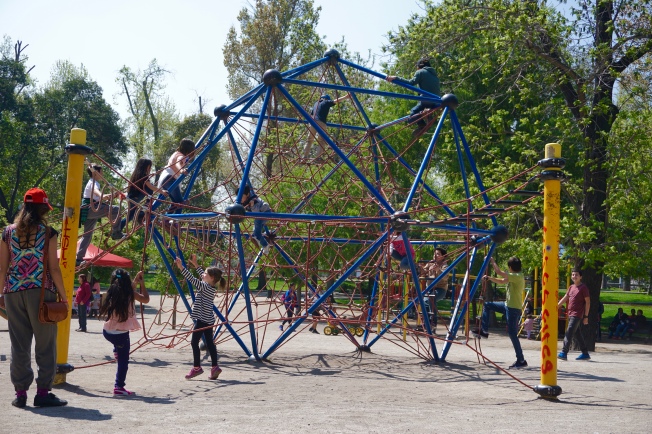 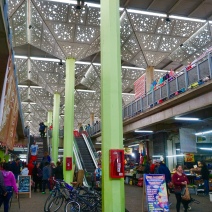 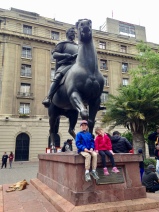 Our impression of Santiago is that of a friendly and cosmopolitan city. A little rough around the edges, but bustling with an intriguing mix of old-school Latin American colonial and new world vibe. Chileans love children. They would always light up when Averie gave a shy “hola” and would be quick to move us to the front of the line. Our only negative experiences so far have been a blatant overcharging when a caffeine depleted father handed over $10,000CLP ($20) for some $2 coffees. No change was provided. The second time involved paying for a pizza at an airport restaurant when no pizza was forthcoming. Neither have shaken our faith in the Chilean people, but rather reminded us that we have to be on our toes or we could suffer greater loses in the future.

Learn more about our travel in Santiago by clicking the links below.